Recently, I received some very exciting news – two of my photographs were going to be published in the September issue of Southern Cross Magazine. One image was going to be used in an article, with the other being the cover image!

Southern Cross is published by Anglican Media Sydney and is distributed to Anglican churches throughout Sydney and beyond. As you might imagine, I was very excited to have my photographs featured in this way (and with full credit!). Here are some photos that I took of the published result: 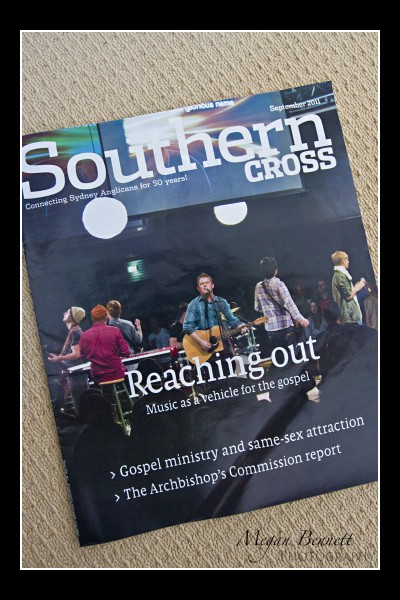 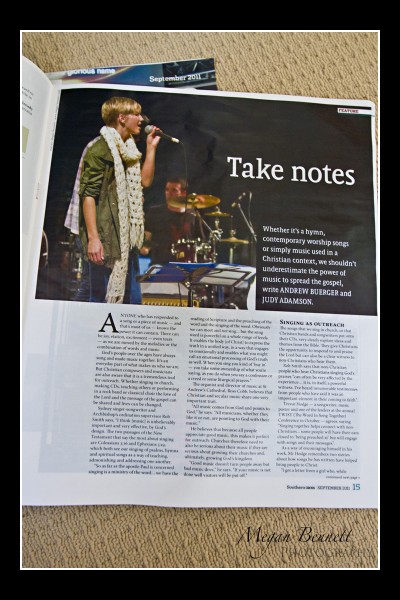 In other news, this afternoon I downloaded and started playing with Kubota Image Tools. For those who haven’t heard of them, they are plug-ins for Photoshop which automate various actions. Let me just say…they are amazing!!! I’m looking forward to experimenting with them some more (in the two images above, I used Magic Sharp and added the boarders using the Kubota actions). Unfortunately, I only have the trial version which lasts for 30 days, however they are certainly going on my Christmas/Wish list!

This Saturday we are heading off on holidays to South Australia. It will be the first proper holiday I’ve had in a year (since our honeymoon). I’m very much looking forward to the adventures ahead of us. Before we go, I’ll try to put together a bit of a map of our planned travels and, of course, will be blogging about it during the trip!