This morning we awoke to another beautiful sunny day as we prepared to depart Reykjavik and head for The Golden Circle. The Golden Circuit is a popular tourist route as it takes in three big tourist attractions which are all within 100km of Reykjavik (and so can be seen on a day trip). It didn’t take us long to make our way out of Reykjavik as we headed to our first stop, Þingvellir. Þingvellir is the site of the ancient Icelandic parliament but, more interestingly for me, it is also where the Mid-Atlantic Ridge is slowly splitting Iceland apart. It is here that the Eurasian and American tectonic plates meet, the result being deep fissures running throughout the area. Apparently the plates are moving apart at a rate of 1-18mm per year. One of the (many) reasons I wanted to visit Iceland was because of it’s amazing geology. Iceland probably first got my attention (for the wrong reason) in 2010 during the eruption of the Eyjafjallajökull volcano which bought European airspace to a standstill. I happened to be in Europe at that time and ended up taking the scenic (and much longer) route from Rome to Amsterdam by train (I blogged about that experience here). Perhaps a little known fact about me is that I studied a number of of geology subjects at University and for a while considered doing some post-grad study in palaeontology. It is still a subject I find fascinating and so visiting such a geologically active country is quite exciting for me (even if I did have several volcano nightmares in the lead-up to this trip). Anyway, here are some photos of Þingvellir. 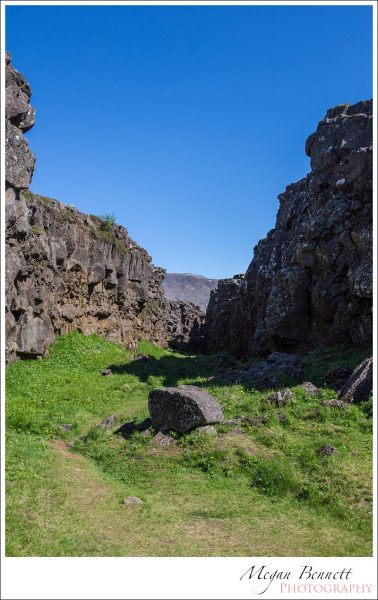 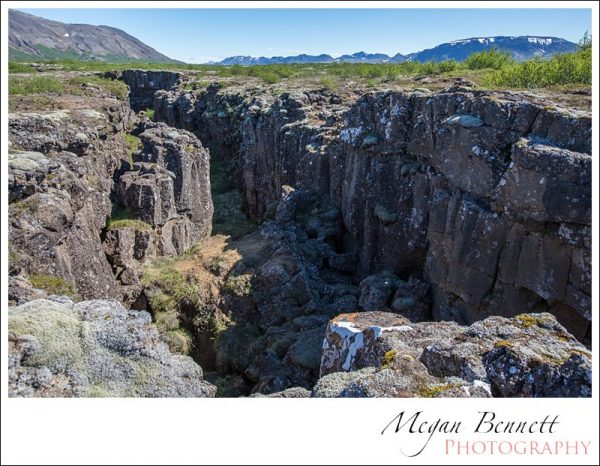 The photograph below is of the Öxarárfoss (waterfall) that runs over the edge of the main fissure. 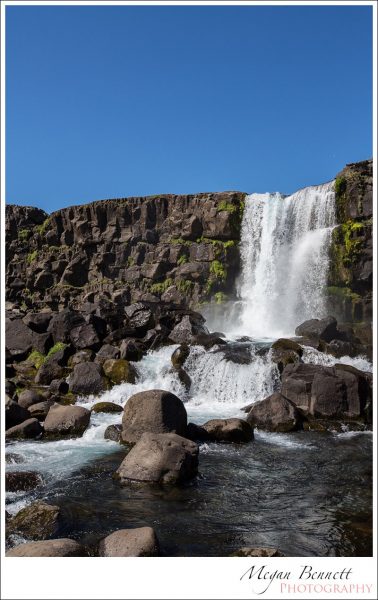 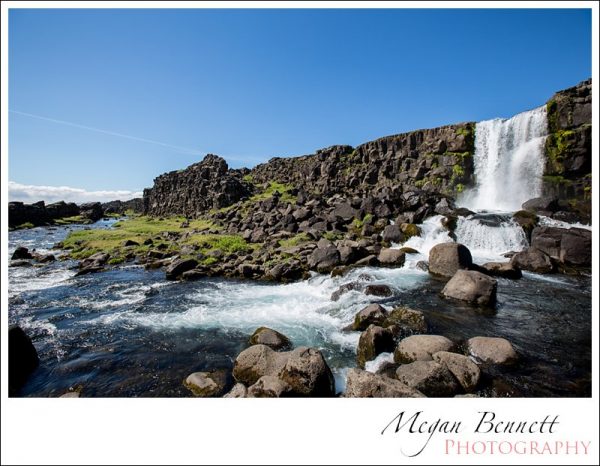 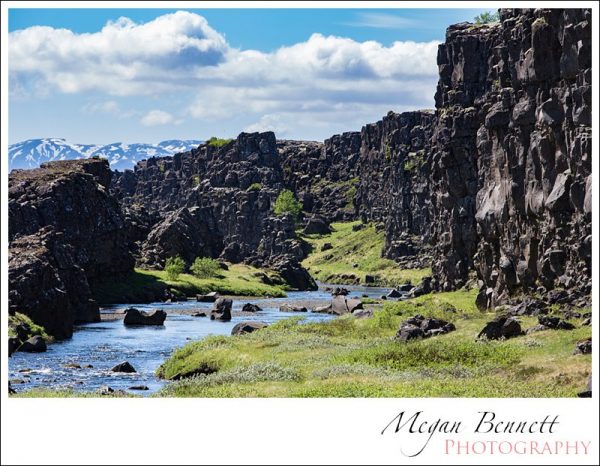 Here’s the view down to Lake Þingvellir. 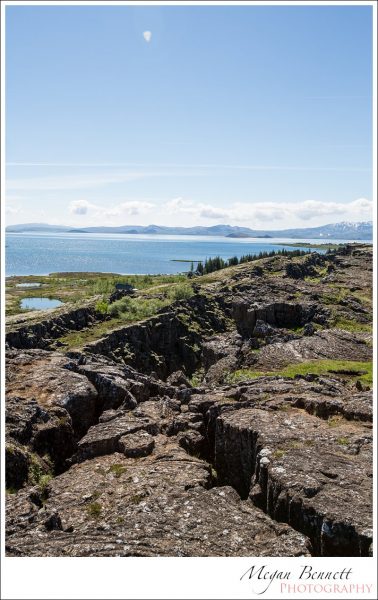 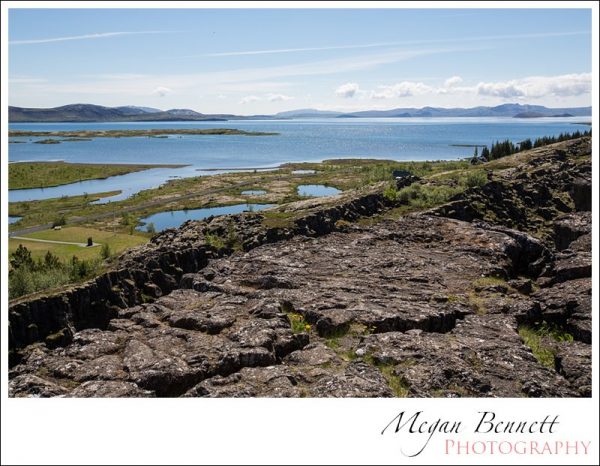 As you can see, it was a beautiful view.

From Þingvellir, we headed toward Geysir, but stopped along the way to enjoy the amazing scenery. 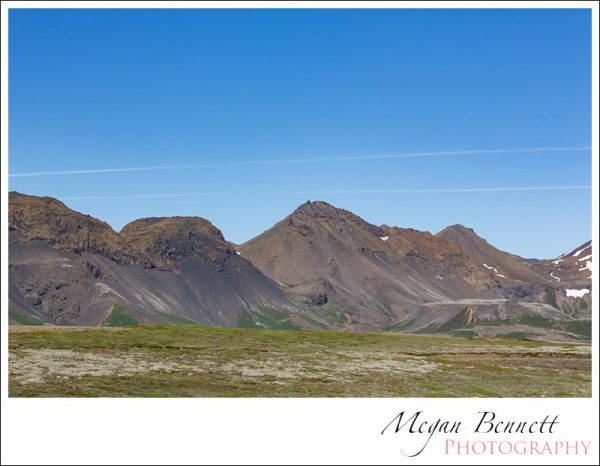 As you might guess from the name, Geysir is the site of an active geyser. There were plenty of crowds here but it was worth the visit. 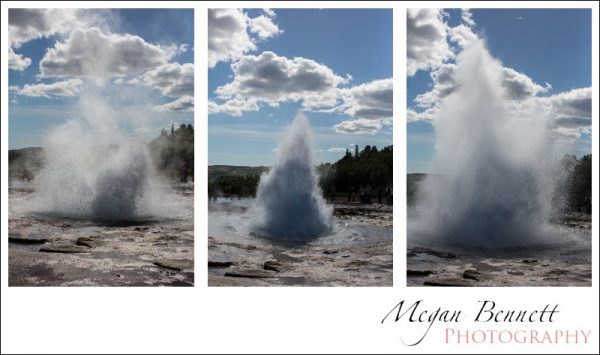 From Geysir, we headed to our final attraction of the day which was the Gullfoss waterfall. The sunny weather resulted in a rainbow above the falls which was quite beautiful. 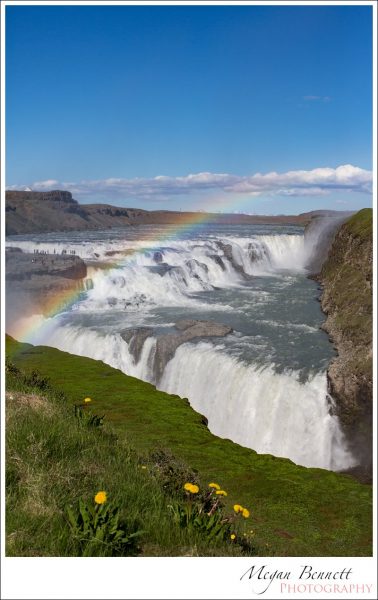 The drive from Gullfoss back to our accommodation for the night at Laugarvatn was particularly scenic, with views like this… 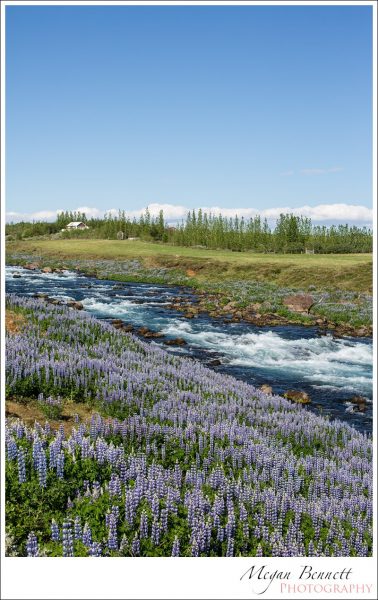 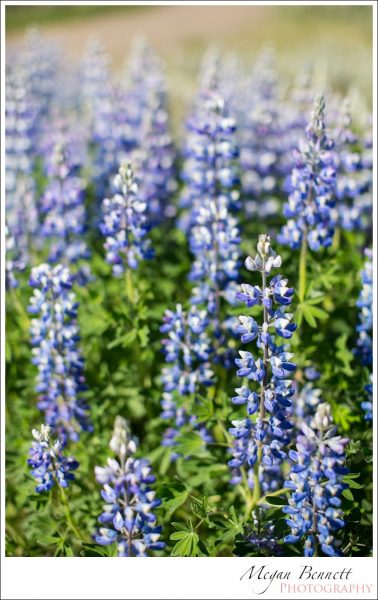 I’m not sure what that the purple flowers are but we’ve seen them a few times and they looked spectacular next to the river. 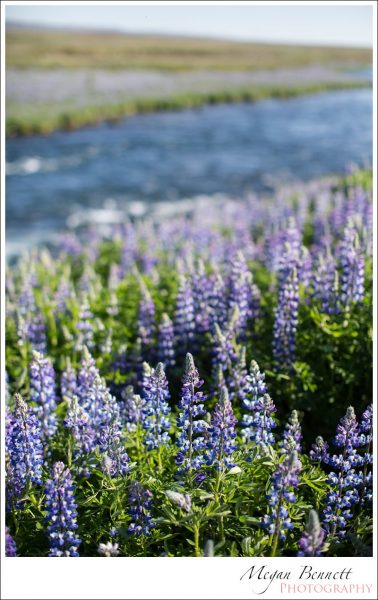 Finally, in case we hadn’t ticked enough Icelandic icons off our must-see list for the day, we photographed some Icelandic horses. 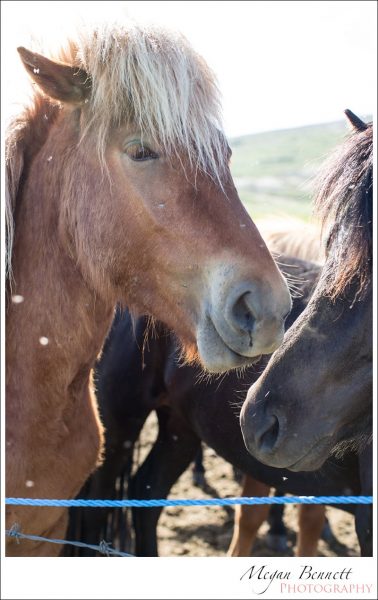 Tomorrow we head south via Selfoss and then east, making our way to Vik and it’s black sand beaches.

2 thoughts on “The Golden Circle”